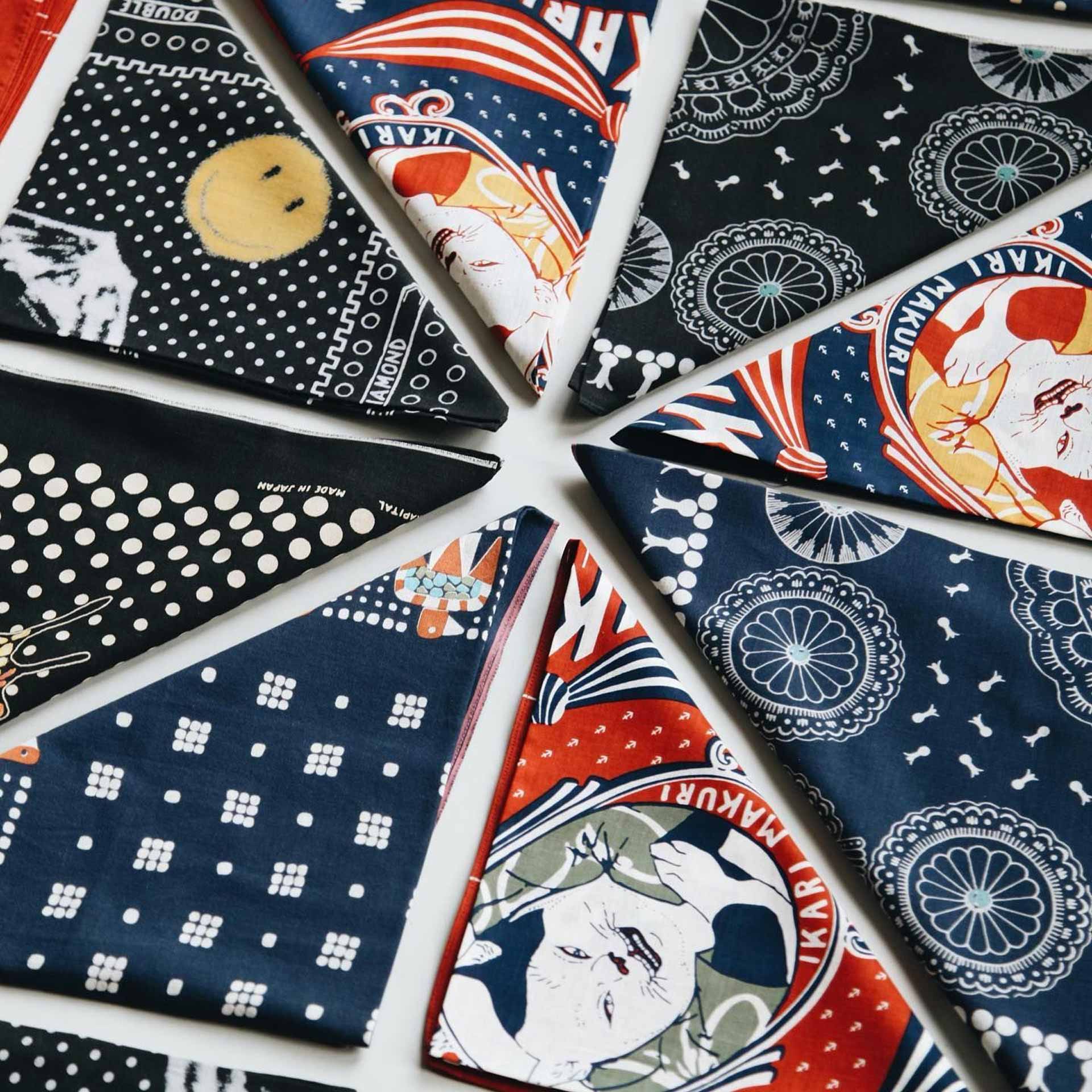 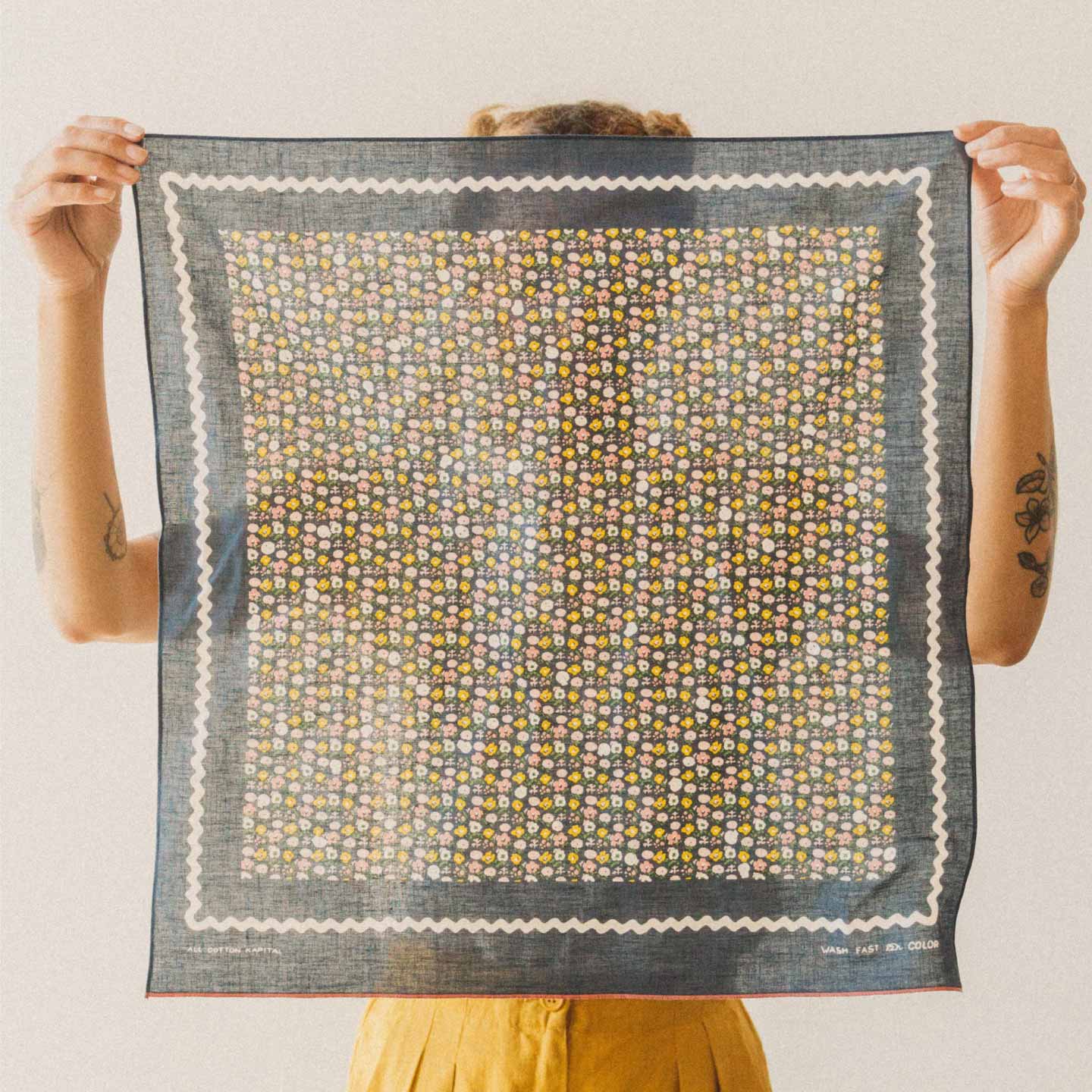 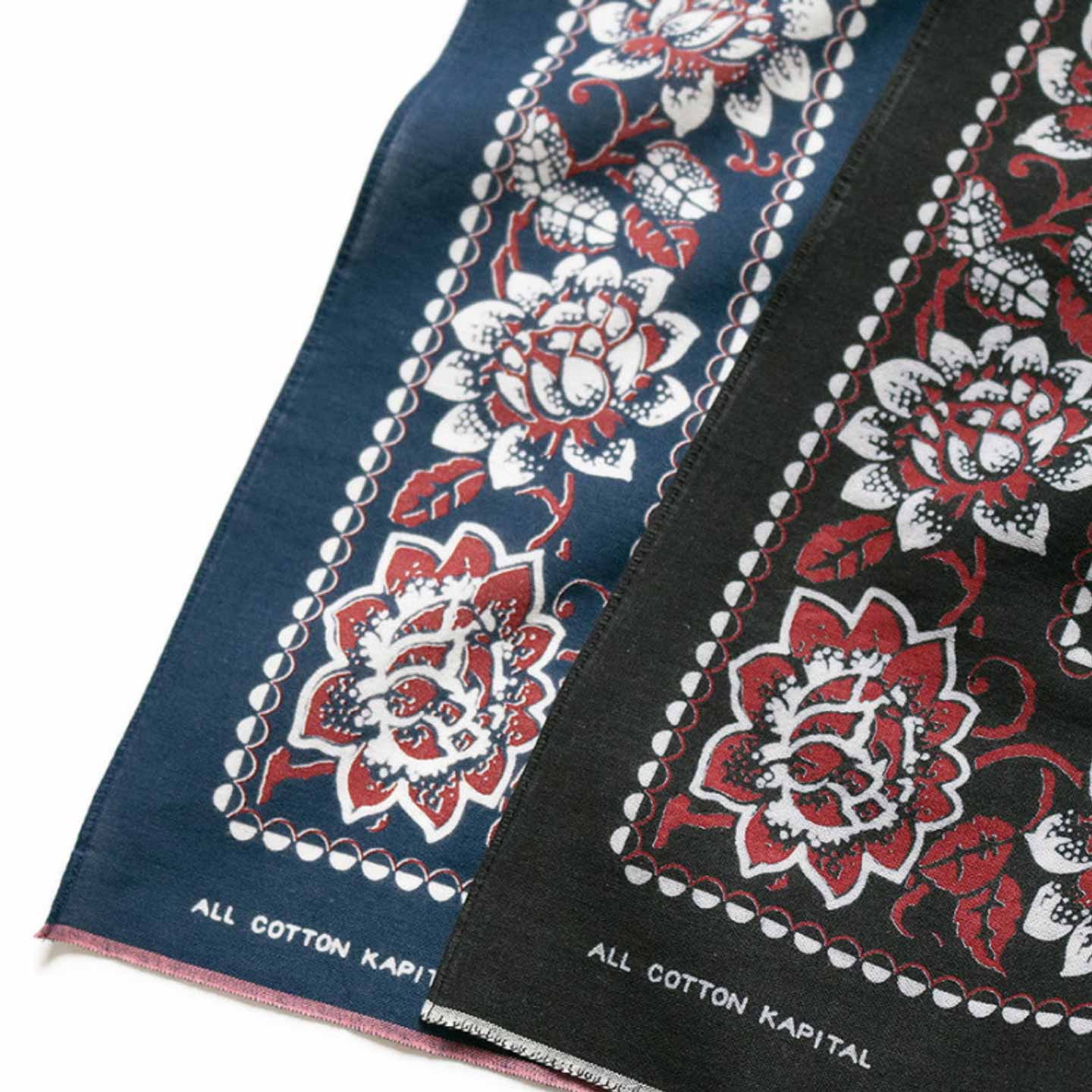 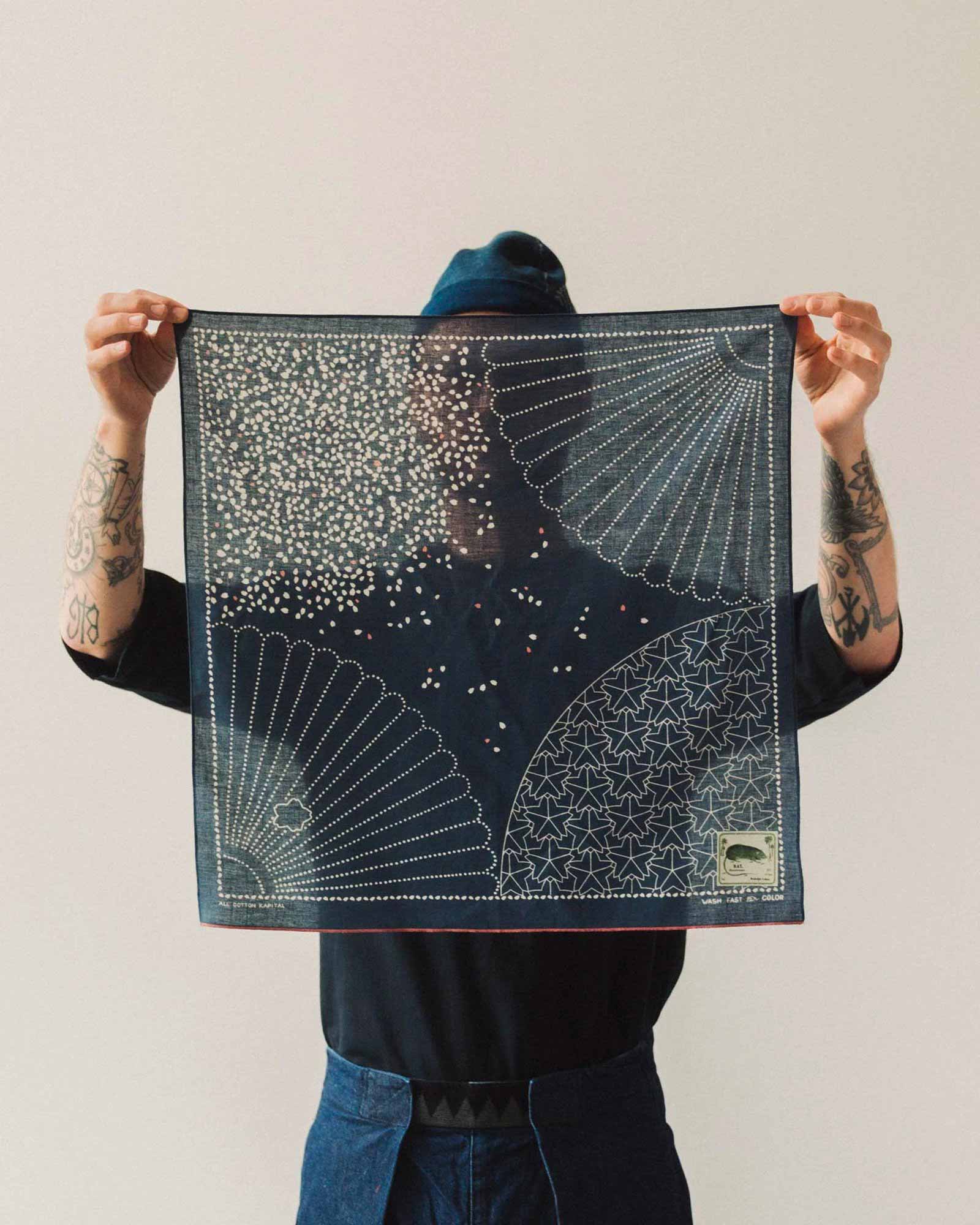 WHY: BIRTHDAY, ANNIVERSARY, HOLIDAY, TREAT YOURSELF

Our family is a band of bandana buffs (say that five times fast!). I’m proudly modeling mine in our blog logo, and it’s not unusual for Mom and Dad to tie-twinsie it up. Bandanas hold a longstanding and complex place in world history, popping up along the way in function, fashion, and everything in between (most recently making a strong comeback as a Covid-era face covering). As an embellishment for the head, neck, back pocket, or bag, the versatility of the bandana binds us.

Kapital is a family-owned and operated business based in Japan’s Okayama Prefecture. It’s origin story is a denim company founded in the 80s by Toshikiyo Hirata whose obsession with American denim blossomed after living in the U.S. where he taught Karate. His son, Kiro, studied art abroad and when he returned, he blended his artistic aptitude with his father’s design genius and the eclectically chic label, Kapital, emerged.

Kiro is a bandana-a-holic, even opening his own museum of vintage bandanas. The workwear-turned-boho aesthetic of the bandana makes it the perfect platform for Kapital’s artful quirk. Their designs are not your everyday paisley – instead, they are vibrant and intricate while oftentimes detailing cultural references. Kapital bandanas are made from already-worn-in, soft selvedge cotton featuring anything from bright, psychedelic prints to American Southwest iconography. Though the company does not ship internationally, Mom found herself a navy, pink-trimmed bandana of falling cherry blossoms at Daughters in Austin, Texas. She wears it almost every day – either as a headband or around her neck – and, don’t tell anyone, but she is definitely planning to get one for Dad too.

Whether tucked, tied, or toted, adorn yourself and someone special with the exquisite cotton canvas that is the Kapital bandana. 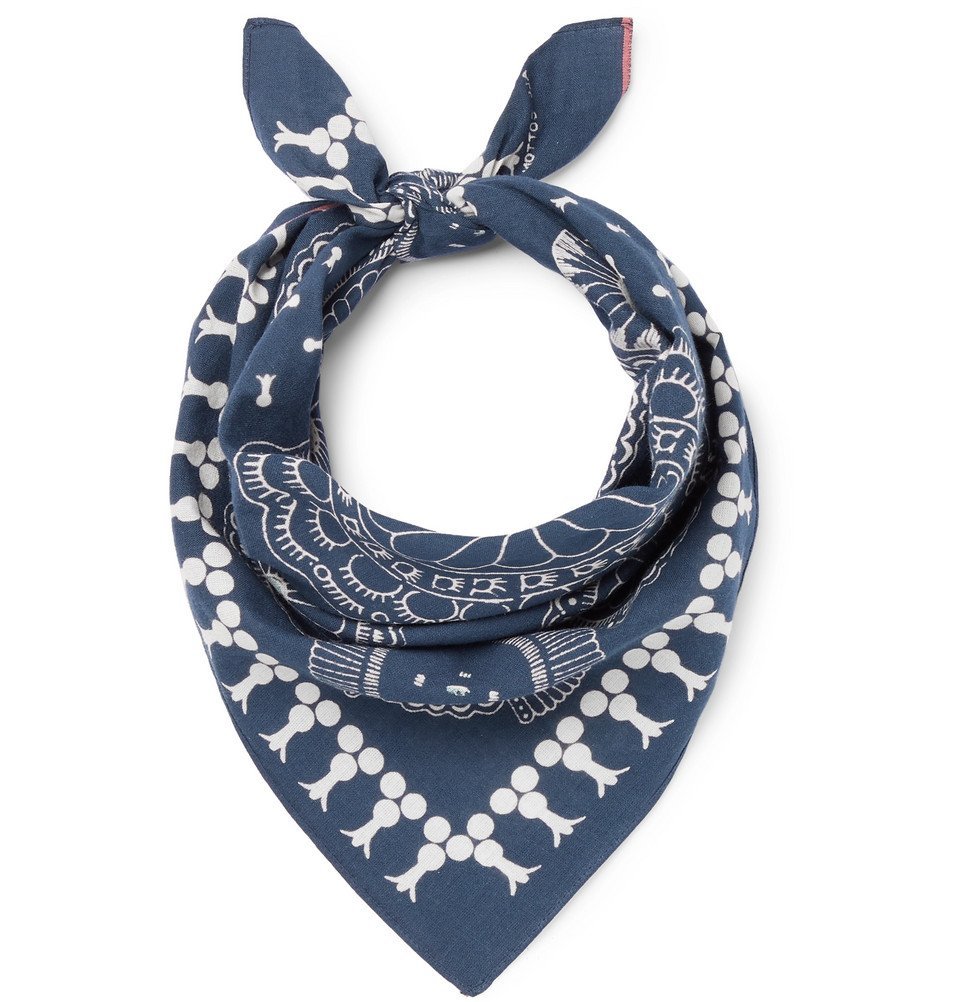 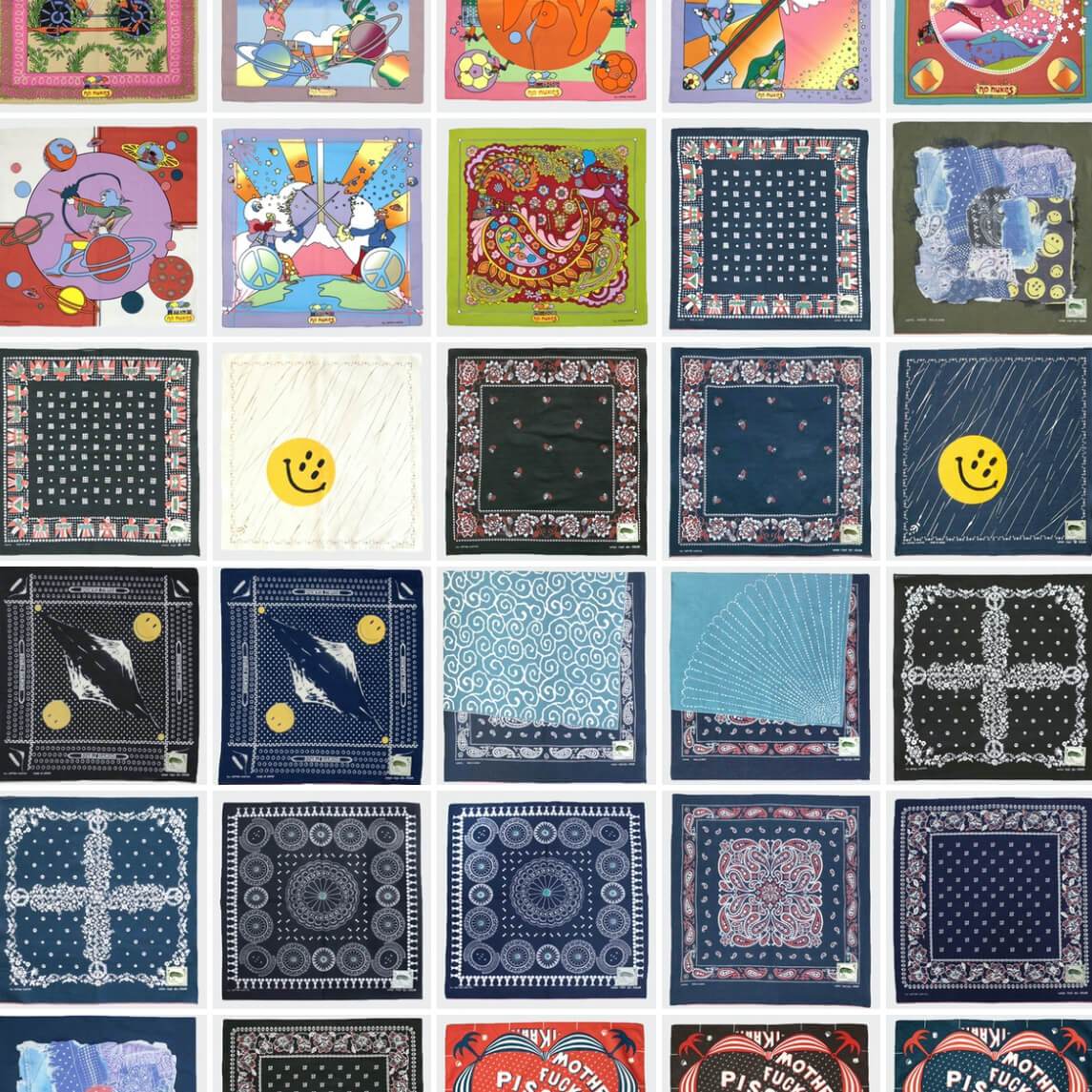